We’ve all been through it before; the pangs of panic and tears as our parent/guardian walked away from us on our first day of kindergarten. What an awful feeling it was; the feeling that we wouldn’t really be “ok” until our family came to pick us up and take us home.

Sadly, this very same phenomenon—known as “separation anxiety”—is very common with all dogs, including Italian Greyhounds. Separation anxiety in dogs describes a condition in which a dog exhibits distress and behavior problems when separated from its handler. Common symptoms include excessive salivation, whining, barking, pacing, scratching the environment, destructive behavior (i.e. chewing up the carpet), escape attempts, and elimination[1]. Separation anxiety typically manifests within 30 minutes of departure of the handler[2].

Italian Greyhound, Bella Negron, 13, has exhibited separation anxiety her entire life. She was a puppy mill puppy, rescued by her owner, Kristina Negron, at a very young age. Bella suffers separation anxiety not only AFTER her owner leaves, but BEFORE! Bella, possessing intelligence hallmark to the IG breed, can tell when her owner is packing up things, getting changed, grabbing keys, and getting ready to go out the door. She panics, sulks, and stares Kristina down (“are you REALLY going to leave me AGAIN, MOM???) She is downright miserable until Kristina comes home.

What can be done to address and correct this troublesome behavior? Your dog must first know what is expected of him. He must learn early on that you are not going to be around 24/7, and he must accept that. There are a few ways to go about doing this.

The first way to prevent (and/or break) the problem of separation anxiety is to crate train. Train your dog in his crate for small amounts of time initially, working up to longer time periods. The dog should be made to feel at home in his crate; as though it is his “safe haven,” never as punishment. When leaving, do not address the dog and do not address him upon re-entering. Wait until the dog settles down before addressing (and releasing) him. After some time, the dog will get used to his independence. 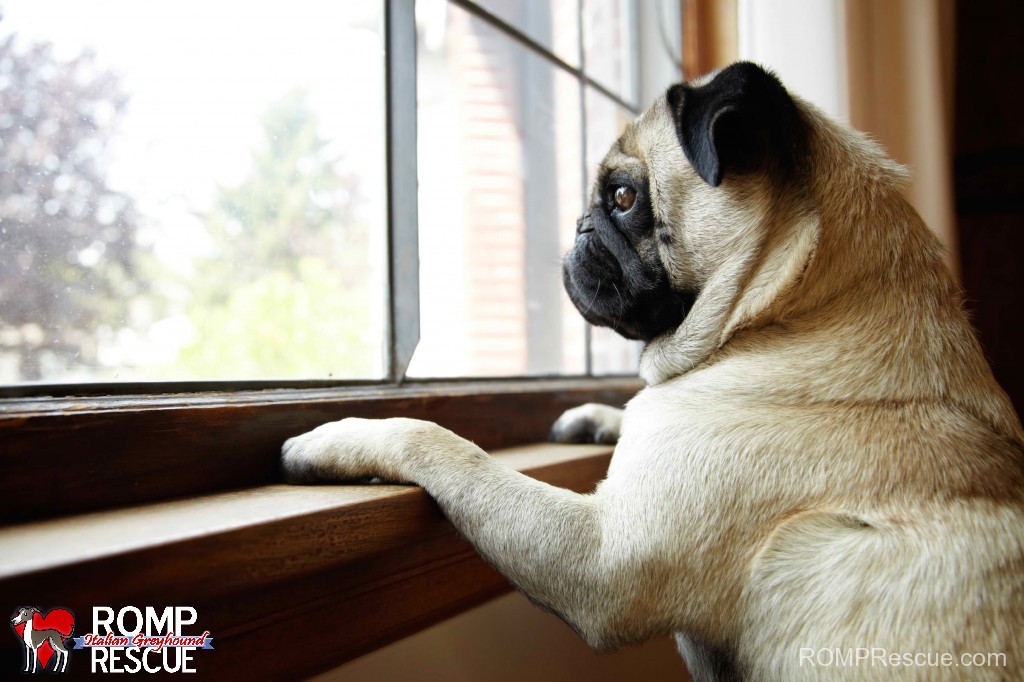 Another behavior mod is with toys. Instead of spending every minute of his free time with you, your dog will have a few toys to entertain himself. This will teach him that when you are home with him, your attention is not dedicated to him 100% of the time. Remember, you are the “pack leader.” Your dog must listen to you and follow, not vice-versa. 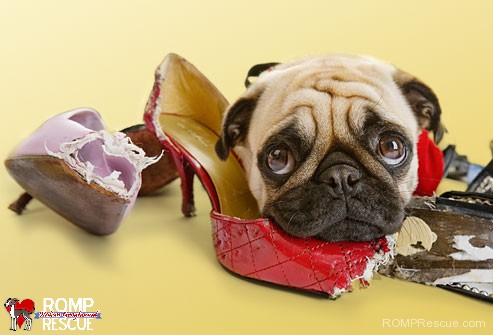 The case of Bella, mentioned previously, requires a different approach, as this dog knows her owners’ routine. To remedy the situation, a different routine (one that the dog is not familiar with) must be followed. Kristina should use a different door to exit, different rooms to change in, even store her purse in a different place. It goes without saying that this dog should be crate trained as well. It is very hard to break bad habits, especially when the dog is as old as she is, but it is not impossible.

Additionally, leaving the TV and/or radio on will provide familiar company for the dogs while you are away. Dogs are used to this and can enjoy a sense of security from hearing human voices.

One thought on “Canine Separation Anxiety”

Greta the Italian Greyhound Rescue has been Adopted!

Dog for Dog – feeding the rescues at ROMP