We realize many people’s hearts are breaking over what is going on in Russia with the stray dogs in Sochi (including our own). Also realize the American Olympians did not pick the host country and did not implement the actions against the stray dogs. They worked very hard for 4 years to get to this point and are competing to make America proud. They deserve our support and respect as they represent us. 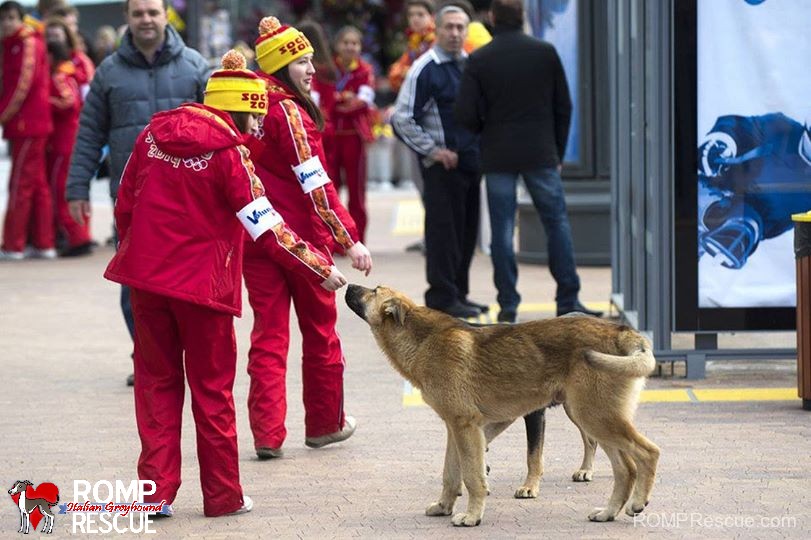 There are several measures you can take to effectively be the voice for the Stray Dogs in Sochi, Russia and let the global audience know what kindness should be bestowed upon animals of the world (both in and out of the media spotlight).

1- Sign this petition asking President Putin to STOP the killing:http://www.thepetitionsite.com/972/019/713/2000-street-dogs-and-cats-will-be-killed-for-the-olympic-games-in-sochi-in-2014/

2- Sign this other petition asking Russia to stop the mass killinghttp://www.change.org/petitions/sochi-russia-2014-olympics-ioc-olympics-sochi-2014-stop-the-mass-killing-of-stray-dogs?share_id=BEhhVCUWyO

3- Write to the major networks covering the Olympics and ask them to take a stand on this. CNN, NBC and NPR to name a few. NPR is a NON PROFIT and they listen to our voices. Start there!

5- Write the city of Sochi asking for them to use more effect sterilization methods to manage the stray population: gorod@sochiadm.ru

**Some people in Russia are giving the stray dogs in Sochi a voice, taking a stance and helping those they can. Read more about their efforts and how to support them here: http://bit.ly/1eYYTow

My Little Greyhound – Thank you!