Please, never fly your pet on Air Canada, Air Canada Lost Italian Greyhound & Dismisses Inquiries. Not only did they lose Larry the Italian Greyhound when he was on his way to his forever home, but they sent a very disturbing response when the Sacramento media inquired about their policies.

Jutta Kulic was tasked with finding her friend’s Italian Greyhounds forever homes after she passed away from cancer. One of those Italian Greyhounds is named Larry, a sweet red and white iggy boy that had a great life ahead of him.  Jutta found a wonderful home for 2 year old Larry and brought him with her from their home in Ohio to Sacramento where she was traveling to to take part in a dog show.  The air fare would be less expensive so to fly him to his new forever home in Canada from the bay area made the most financial sense.  Despite giving Air Canada airline personnel clear instructions to NOT to let him out of his transportation crate and zip tying the crate down well, they decided to take it upon themselves to take Larry for a walk when the flight was delayed until later that evening. Larry was wearing a tag collar, something any Italian Greyhound owner knows is not meant to have a leash attached to.  Then, Larry was spooked and decided to bolt. Since the airline employee was not in an enclosed room and Larry was being walked on a tag collar, he slipped right out and was never seen again. 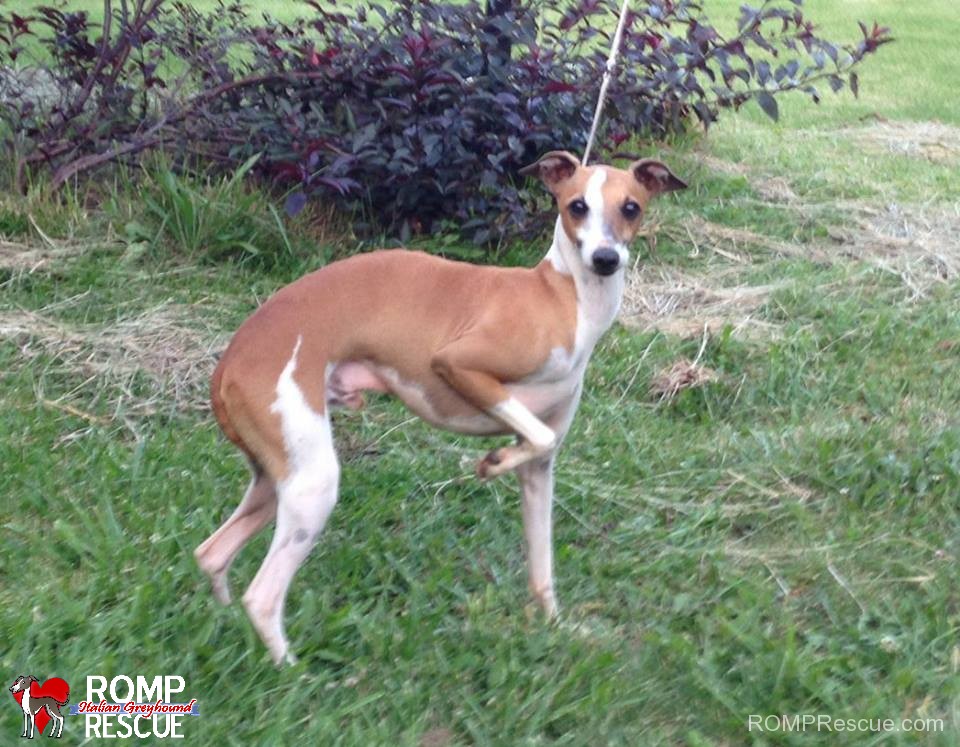 CBS was kind enough to do further investigation on this matter as many of those concerned about Larry were unable to get any response from Air Canada (including several of the ROMP Italian Greyhound Rescue volunteers that inquired in hopes of aiding Larry).  To their surprise, CBS received this response from Peter Fitzpatrick (the Air Canada Spokesperson) “I think I would just ignore, it is local news doing a story on a lost dog. Their entire government is shut down and about to default and this is how the US media spends its time.”  Obviously it was meant for a co-worked and not CBS. Regardless, to have an internal email like that or even a mindset like that is beyond disturbing.

To make matters worse, there was a spotting of a dog crossing the highway shortly after Larry went missing. A vet received a call from a couple that picked up the hit dog and he was still breathing but the couple has yet to come forward.  We are awaiting further detail to determine if it is indeed Larry or a different lost dog.

If you feel you too would like to let Air Canada know this is not acceptable, please send them an email or call them via this information here.

To read the whole article as presented by CBS13 Sacramento click here.  And a follow up article here.

Do yourself a favor and watch this great comedic clip from a Canadian show about the whole situation: http://www.cbc.ca/22minutes/videos/clips-season-21/air-canada-loses-dog

Does your Dog Bark Too Much? Here are some steps to help