Star spotting alert, we found these celebrities with Italian greyhounds! We ‘regular folk’ love them and it’s good to know these celebrities do too! Want to see more cute pictures of Italian Greyhounds? Like us on Facebook!

Matt Damon posed with 7 Italian Greyhounds for a photo op.  It is safe to say we know he voted for in the last election. 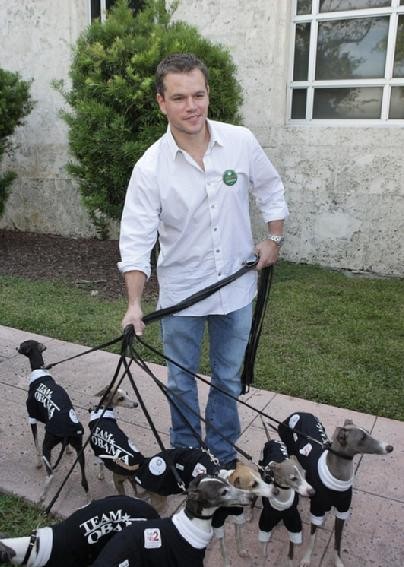 Saturday Night Live SNL ‘Weekend Update’ anchor, Seth Meyers, and his extremely intelligent fiance that is a human rights attorney in NYC, Alexli Ashe, own an Italian Greyhound. This little fur bundle of joy gets toted around wearing only the best iggy attire to help keep warm during the cold New York winters! 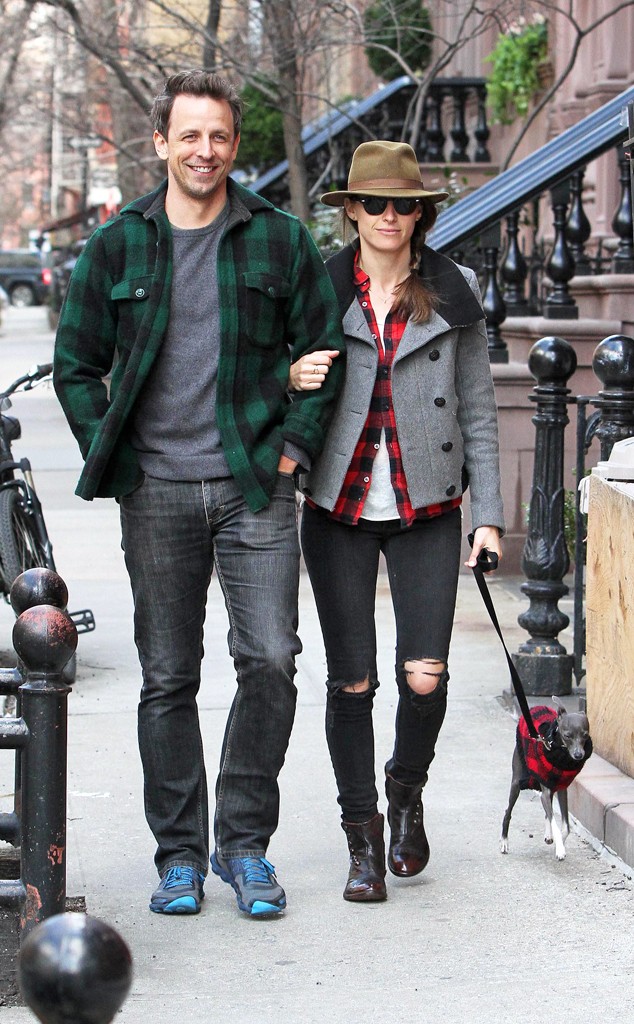 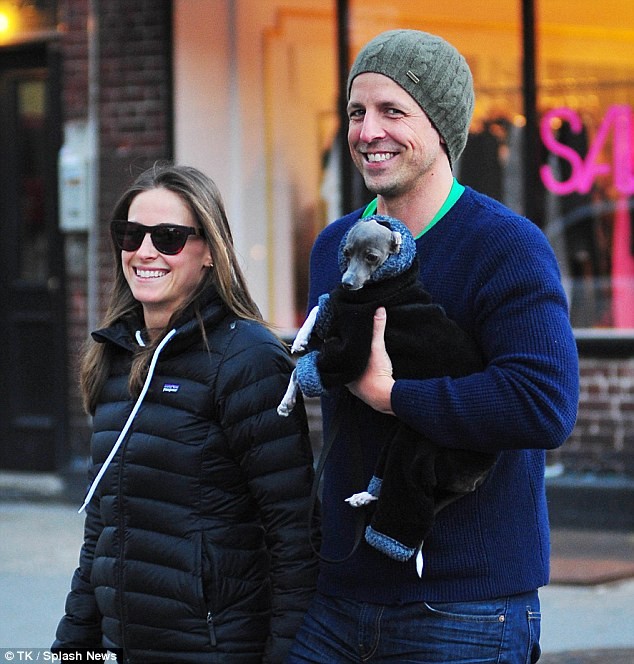 Anyone that frequents YouTube for some daily humor knows about JennaMarbles and her Italian Greyhound named Kermit. He might be  the most famous Italian Greyhound on the internet with several million views of him guest starring in her funny videos and those that feature him like, ‘How to Mildly Annoy your Dog’ and a special segment on finger painting with your dog aka paw-painting. 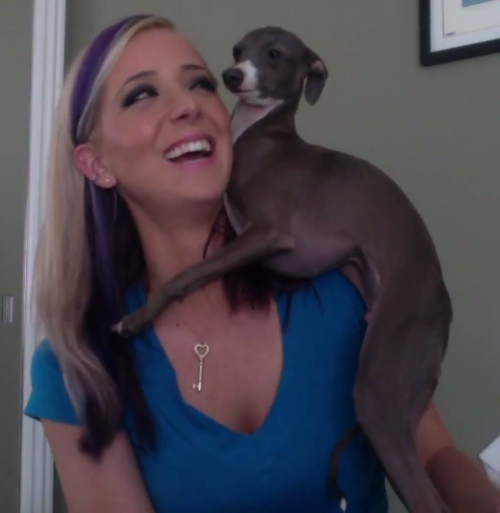 Uma Thurman owns in Iggy and non-iggies as well! Check her out here walking her Italian Greyhound! 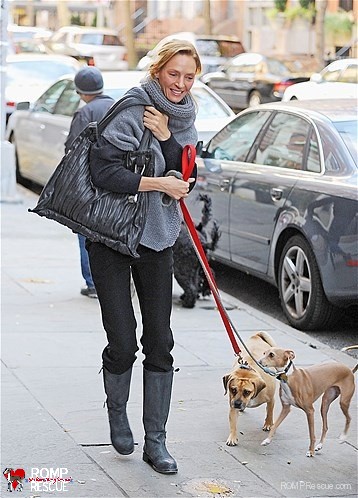 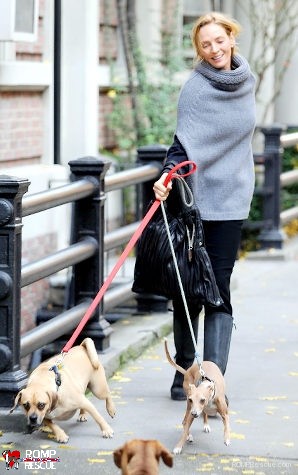 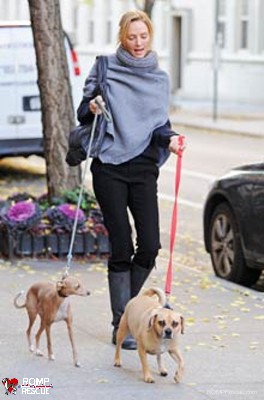 The drummer, Todd Trainer, from the American rock band, Shellac owns an Italian Greyhound named Uffizi. Shellac even named one of their albums after Todd’s iggy! 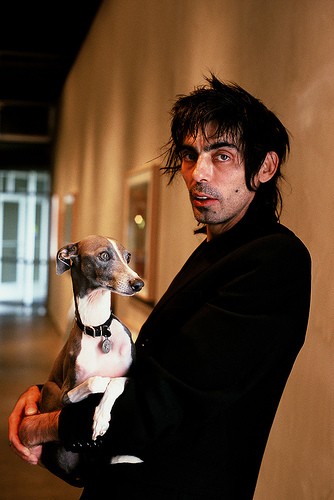 Sigourney Weaver is an iggy lover and has one named Bacci! This well known and very accomplished actress cares for her IG’s in her New York home. 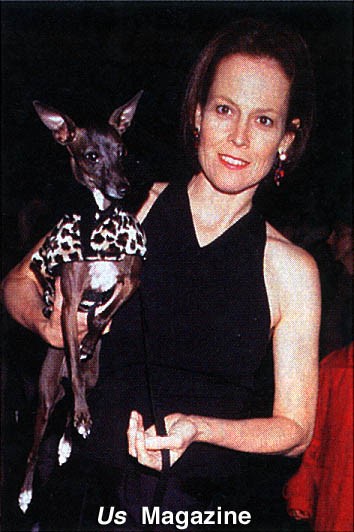 Zoe Graham was also spotted with an Italian Greyhound. Her face and name might not be as recognized but her vintage denim jacket line, Jervoise, is quite a hot commodity in the fashion world. 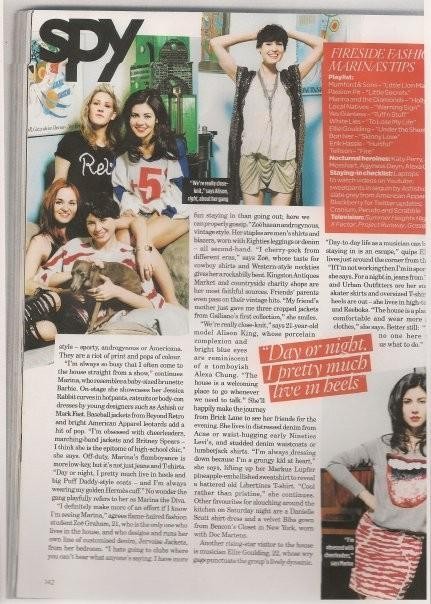 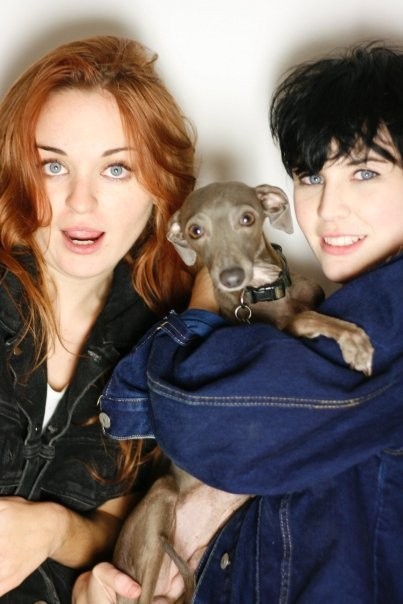 A little less tastefully known, Courtney Stodden, made famous for marrying Doug Hutchinson when she was only 16, is an Italian Greyhound owner. She struts around with her iggy with pride. 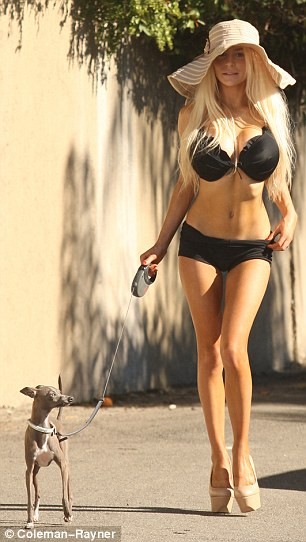 Then, there are all the historic royalty that had Italian Greyhounds, but we won’t bore you with their painted photos.  Hope you enjoy! 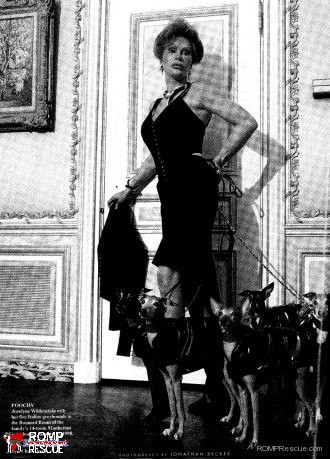 Jocelyne Wildenstein is a socialite in New York known for her extensive facial surgeries, extravagant spending and costly divorce.  She is a big fan of the iggies, her and her five Italian Greyhounds were featured in a Vanity Fair article about the New Yorker.  The group was well taken care of to say the least, complete with Channel leashes and designer doggy clothing.

4 thoughts on “Celebrities with Italian Greyhounds”